I must admit that the idea of the Nickel Boron coating on a BCG is pretty cool to me; I had seen many people posting about them on different forums and YouTube videos.  Needless to say I was intrigued and wanted to get one for the Spartan build, but when I started looking around for components, the market had already become sparse for parts.

I had searched through all of my reliable websites looking for a good deal on a BCG, but I kept coming up empty-handed.  That was until one day I happened to check Aim Surplus and there was a RGuns Nickel Boron BCG and the price was well within my budget.  Without doing any research I quickly ordered it before they ran out of them (apparently I bought one of the last few because the next day they were sold out and haven't had any since).  I was quite happy with the price I was able to get it at. That was until I began to research the RGuns BCG. During my research I found out that the extractor springs that come in them are extremely weak and almost always needed to be replaced, and apparently some other people have run into issues with the coating peeling off within a few hundred rounds. Of course as with all reviews they need to be taken with "a grain of salt", because some people are naturally complainers, and some people really just complain about stuff because they want to.  With that said I still ordered an extractor spring replacement kit from BCM, just in case the spring that came stock in the BCG was actually weak.

When I received the BCG from Aim Surplus, I was happy to see that the coating was smooth as could be (I even handed it to my wife and she asked if there was any oil on it because it felt slick).  There were no major flaws to be found in it and everything looked to be within spec (to the naked eye).  Needless to say, I was impressed with the product received and was excited to get out and run a few hundred rounds down range with it.  Sadly, it had to sit with all of the other parts waiting for the Spartan lower to come in from 2 Vets Arms.

I couldn't wait until the Spartan lower was in my hands to take my completed upper out to the range and put some rounds through it.  Luckily, I have a coworker who likes firearms nearly as much as I do, and I had just completed a build for him. So we headed out to the range to test out his build and make sure that everything was functioning properly, and of course allow me the opportunity to make sure that everything on my upper build was working also.  Once I had the adjustable gas block zeroed in, I hoped that everything was good to go; however, I was having an FTE issue. I quickly figured out that it was the ejector spring.  It was too weak to actually eject the brass and I didn't bring the replacement spring with me to the range.

When I got home, I pulled the old ejector spring out and saw that it was about a coil and a half shorter than the new one and I knew this was exactly what the issue had been at the range.  Getting the new spring in required a lot more force than was required to get the old one out, so I knew that once this one was in everything would be good to go.

Once I had my build all completed I went back out to the range within a couple days and fired off around 120 rounds just to make sure that everything was functioning perfectly.  I no longer had any failure to ejects and the brass/steel was being tossed in a nice pile a couple feet to my right.  The BCM replacement spring was just the ticket to get this BCG working just like it should.

So far I have run around 1,200 rounds down range using this BCG and I have not run into any other hiccups after replacing the ejector spring.  I just recently pulled it apart to give it a good cleaning so I could have some pictures to show what it looks like after that many rounds, and it cleaned up rather nice. There is some staining on the Nickel Boron coating, but it is still slick to the touch despite the staining.  I am confident that this BCG will give me thousands of rounds reliably out at the range, and I am glad that it is easy to clean up, even though I am sure that I could have easily run a thousand rounds through it without any issues. 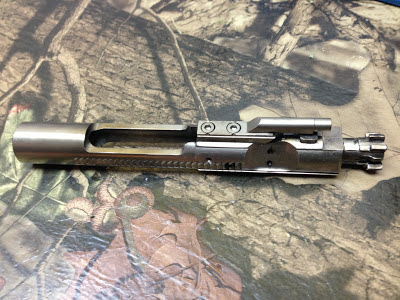 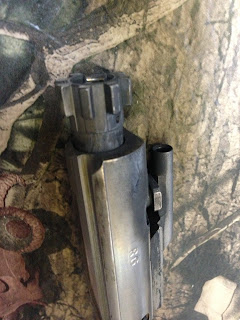 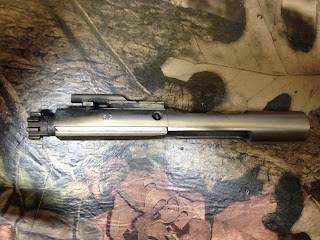 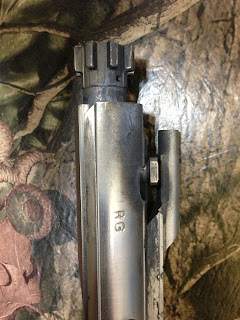 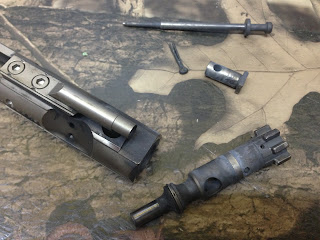